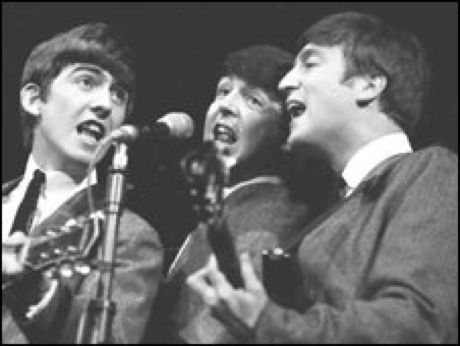 The world’s largest catalogue of Beatles-related recollections will be unveiled in Liverpool this week.

The 3,000 memories, from 69 nations, could help scientists better understand how music can help humans tap into the long forgotten events of their lives.

A link between positive feelings and music could explain why tunes trigger memories, suggests the UK-based team.

The study is ongoing, and people can add their Beatles-related memory by visiting www.magicalmemorytour.com.

“For a long time people have noticed that music can help people remember events from their lives, [but] this is the first real data that shows this,” said Dr Catriona Morrison, a cognitive psychologist from the University of Leeds.

Preliminary results from the study, devised by Dr Morrison and her colleague Professor Martin Conway, are being presented to the British Association Science Festival.

The research explores the vast repertoire of human autobiographical memories.

“[Autobiographical] memories are formed from the events of our lives; we need them in order to have a sense of self,” the Leeds-based team explained.

The researchers invited people to recount a memory that relates to the Beatles. Participants were told to think of the first thing that came to mind – a vivid memory relating to a particular album, song, news story or even a band member.

The study found that the recounted memories are almost always positive, that people remember particular episodes very vividly – sounds, smells and sights of the memory were often recounted.

“The memories were equally split between men and women, and came from all ages – the youngest was 17 and the eldest was 87,” Dr Conway told BBC News.

He explains that what he finds interesting is that there was no difference between men and women in terms of the sense of emotion that the memories evoked.

Dr Morrison explained that it was assumed that a failure to retrieve a memory was the result of that memory not being recorded properly in the first place. The fact that music cues long-forgotten events suggests the problem is not so much with storage as with retrieval, the researcher argued.

Whether certain types of music (or certain songs) can act as better aids for remembering the past remains unclear. But in a world where the UN predicts that by 2010, one in five people will be over 60, and failing memory is likely to become an important challenge for society, more rigorous research into the link between music and memory is much needed, says the team.