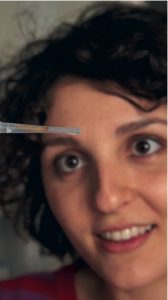 Twenty years ago, scientists knew nothing of the scraps of RNA that are now known to influence just about every process in our bodies. Back then, the textbooks were simpler: genes code for proteins via the intermediate of RNA, and proteins called transcription factors regulate other proteins. This recipe was so entrenched in the basic orthodoxy of molecular biology that it was even given the name ‘the central dogma’ by the co-discoverer of DNA, Francis Crick.

Scientists now know, however, that this classic view of protein regulation is far too blunderingly inefficient for evolution to settle for. At some point hundreds of millions of years ago, the generation of a small stretch of RNA that could tweak this process gave an individual the edge over everyone else. And so regulatory RNA was born. These scraps of RNA – on average only 22 nucleotides long and now dubbed microRNAs, or miRNAs for short – bind to some messenger RNAs and label them for inactivation or destruction.

So far thousands of miRNAs have been identified in animals. These superintendents of protein regulation are involved in the earliest stages of an animal’s development, determining which cell types grow where and when, and how these cells differentiate into the different body parts. However, since the discovery of miRNAs, many scientists have wondered whether the same miRNAs govern specific tissues in different animals. Knowing this would not only give clues to the age of these different miRNAs, but
also to the age of the cells in which they are found.

In the 1960s, a Danish company, seeking to improve on the traditional football made from the bladder and stomach of animals, invented the modern football. The designers realised that to form a perfect ball they needed to combine 20 leather hexagons with 12 pentagons, and in so doing demonstrated one of the basic laws of shape – that you cannot wrap a sheet of six-sided hexagons around a sphere. To induce the sheet to bend, the company had to introduce five-sided pentagons alongside the hexagons.

On the micro scale, the human immunodeficiency virus (HIV), which causes AIDS, faces a similar challenge during the assembly of new viral particles: how to coerce its hexagonshaped building blocks to form the spherical envelope that
surrounds its viral innards. Lifting a page from the football manual, structural biologist John Briggs, group leader at EMBL Heidelberg, wondered if HIV likewise solved this shape conundrum by introducing pentagons between the hexagons.

We’ve all felt it: a quickening of the heart and a slight shortness of breath as you walk into an exam room. Most of us recognise that the hormone adrenaline is responsible for this reaction, but we’re not unique in responding to stress with a release of hormones.

Plants do this too – but unlike you and I, they don’t have the option to flee; rooted to the spot, they can only stay and fight it out. To do this, plants release the hormone abscisic acid (ABA), which coordinates their response to stresses such as drought, extreme temperature and high salt levels.

ABA acts as a chemical courier, relaying messages from one cell to another. Cells respond to the hormone if they possess a receptor, which, once bound to the hormone, signals to the cell to go on the offensive. For plants, this means closing the tiny holes in their leaves to avoid water loss, diverting resources to their roots to increase water uptake and switching on the production of proteins that protect cells from dehydration.

Nearly 60 years ago, Pamela Lewis, a geneticist at the California Institute of Technology in Pasadena, noticed that some of the flies she was experimenting on had tiny comb-like structures on their second and third pairs of legs, and not
just the first pair as is usual.

Lewis called these structures ‘sex-combs‘ because males use them to grasp females during mating and she went on to discover the first Polycomb gene, one of many such genes now known to encode proteins that disrupt head to-tail body patterning in a variety of animals, ranging from humans to fruit flies to worms.

When we’re in the bath, our skin prevents both water from moving into our bodies and essential nutrients from leaching into the tub. But because most of us don’t spend our entire lives submerged underwater, our skin’s chief role is to control how much water evaporates from our bodies. In fact, the skin’s role as a semi-impermeable barrier to fluid loss is so important that people suffering from serious burns often die, not as a direct consequence of their injuries, but from de hydration.

Each of us is covered by about 2 square meters of skin – about the area of a queen-size bed. For this waterproof suit to do its job, stem cells at the base of the skin replenish the layers above by producing a continuous stream of new cells initially like themselves and then a variety of specialised cell types. As a result of this continuous production, the specialised cells – which are destined to become the different layers of skin – move outwards until they are finally shed.

The bacterium Listeria infects humans through contaminated food. Once in the gut, this pathogen can be life-threatening if contracted during pregnancy or by newborns and those with weakened immune systems.

But for most people, an encounter with Listeria causes nothing more than vomiting and diarrhoea because our immune system recognises the
long, propeller-like projections on the bacterial surface – called flagella – and
mounts an assault on Listeria until it is wiped out. Listeria, however, has evolved a way to dodge this fate.

To anyone who has ever tried to cross enemy lines, this bacterium has an enviable ruse. After detecting the warmth of the human body, Listeria shuts down the production of flagella – the equivalent of enveloping itself in an invisible cloak. It does this by activating a protein called motility gene repressor, or MogR for short, which binds to DNA close to the flagella gene and suppresses it.

In 1863 a Heidelberg doctor described a devastating neurodegenerative condition that causes children to forget how to walk and talk before their teens.

The symptoms begin with muscle weakness, poor balance and a slurring of speech, and develop into a gradual breakdown in all motor control.