U.K. researchers are going to have live with a flat R&D budget over the next few years. But on a day when British finance minister George Osborne announced a series of painful belt-tightening budget measures, observers say that the outcome for science could have been worse.

“In a difficult Spending Round, at a time of great economic challenge, we congratulate [Osborne] on maintaining investment in science and research,” said Ted Bianco, acting director of the Wellcome Trust, in a statement. Others were less optimistic. The flat R&D budget “adds real risk and difficulty,” warns Mark Downs, chief executive of the Society of Biology.

In a 26 June speech in London, Osborne said that the 2015 and 2016 science budget will be set at £4.6 billion a year—a level it hasn’t budged from since 2010. However, new money will be freed up for science infrastructure: a cool £1.1 billion a year until 2016 that nearly doubles the capital spending earmarked in the last spending review. The “huge investment” from the Department for Business, Innovation and Skills recognizes the enormous strength science brings to the modern economy, Osborne declared.

Handed lemons, the country’s top scientists are courageously making lemonade. In light of steep cuts that other government agencies must absorb, a stable R&D budget “is excellent news for the whole science community and we look forward to hearing how the investment will be used to meet the needs of our world-leading research teams,” said Peter Knight, president of The Institute of Physics in London, in a statement. Lesley Yellowlees, president of the Royal Society of Chemistry in London, added that the investment is proof that the government has heeded the science community’s calls for protecting research.

After the government’s comprehensive spending review slashed science infrastructure spending by 25% in 2010, British science has had to make do with piecemeal funding for major initiatives such as high performance computing, synthetic biology, and advance materials. The new spending document offers a call out to “high-priority projects” such as the Synergistic Air-Breathing Rocket Engine, a hypersonic, precooled engine for the United Kingdom’s new spaceplane, and a supercomputer for weather forecasters.

Rules require that capital funds are spent on hardware or bricks and mortar, not on research. Because the budget allocated by research councils for R&D isn’t going up while inflation is, that means fewer and smaller grants will be awarded in 2015 and 2016. The review also leaves the United Kingdom languishing in seventh place among G8 nations in R&D spending as a proportion of gross domestic product (GDP); its 0.6% tops only Italy. “A commitment from all sides of the debate to raise total government investment in science to the EU average of 0.7% of GDP, by the end of the next Parliament, would set Britain on the path for science-fuelled growth,” Yellowlees said.

The UK government has pledged £50m towards developing spin-off technologies from the super-strong material graphene.

The announcement comes exactly a year after two Manchester-based scientists were awarded the Nobel-prize for its discovery.

The money is hoped to give researchers more bench space to explore the material’s commercial potential.

Funds will be available in the next few months, said the UK science minister.

Graphene, the “miracle material” of the 21st Century, is so far the strongest material known to science, and better at conducting electricity than copper.

It could have a large number of potential application; scientists say it could find uses from transparent touch screens to solar cells, from aircraft wings to optical communication systems, like broadband.

The Chancellor, George Osborne, in his speech at the Conservative Party conference said: “…We will fund a national research programme that will take this Nobel Prize-winning discovery from the British laboratory to the British factory floor.

“We’ve got to get Britain making things again.

“Countries like Singapore, Korea, America are luring [researchers] with lucrative offers to move their research overseas,” he added.

The funds for graphene R&D are in addition to £145 million “earmarked” for the establishment of more UK-based supercomputers, along with funding to support more computer-scientists and facilities to house them, the University and Science Minister David Willetts told BBC News.

He said: “I’m very happy; even in tough times we are investing in science”.

In response to the announcement, Professor Sir Peter Knight, President of the Institute of Physics, said: “We’re delighted that the Government recognises the role science can play in creating a vibrant, diverse economy for the future of the UK – investment in science delivers great returns economically and intellectually”.

“We applauded the Government’s decision to ‘invest intelligently’,” said the director of the Campaign for Science and Engineering (Case) Imran Khan in a statement.

However, he cautions: “These new investments are coming in the wake of enormous cuts to the nation’s science and engineering base.

“Last month [Case] released an analysis showing that £1.7bn will have been cut from research and development funds by 2014-15.”

Without a long-term strategy to put science and engineering at the heart of the UK’s economic recovery, said Mr Khan, home-growth discoveries like groundbreaking research into graphene could be a thing of the past. 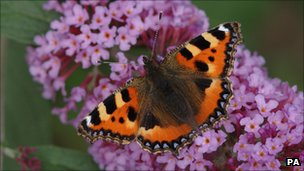