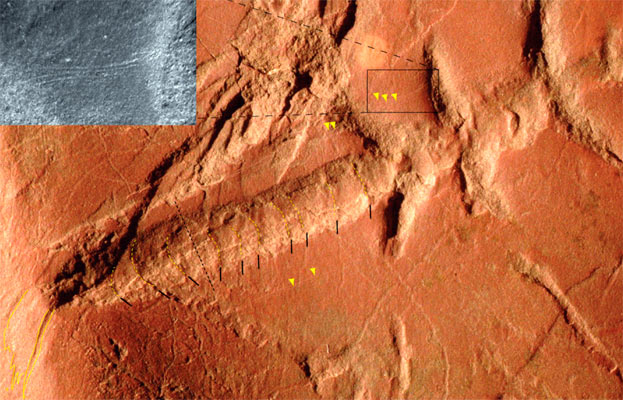 Three hundred million years ago, a flying insect skidded to a landing on a muddy patch of earth and preserved a 3.5-centimeter-long imprint for eternity. From the position of the legs, the curve of the abdomen, and the lack of wing marks, the researchers suspect that the imprint was made by an ancient mayfly that held its wings upright when at rest. Collected in southeastern Massachusetts, the fossil is the oldest known full-body impression of a flying insect, the team reports online today in the Proceedings of National Academy of Sciences. The ability of today’s insects to skim the surface of water is thought to be a modern invention. But the discovery of tiny drag marks (see inset) that suggest that mayflies likely slide before stopping is at least enough to prompt some paleontologists to keep an open mind on the matter.