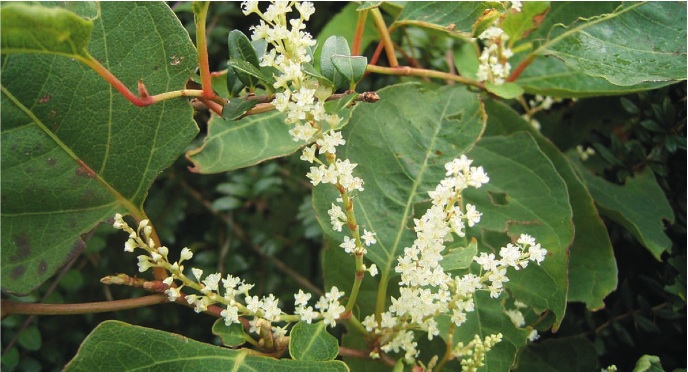 Don’t be duped by its delicate pale flowers; Japanese knotweed can be a sinister plant. Native to eastern Asia, Fallopia japonica was intentionally introduced into gardens in Europe 200 years ago by fans of its attractive blooms; from there it spread to North America. What makes this invasive weed so menacing is its ability to grow through solid concrete foundations, forcing contractors to abandon infested building sites. In England alone, about a half-million homes are uninsurable, and in the United Kingdom, damages and removal cost $288 million a year.

Now the British government has taken a bold step to solve this knotty problem, and North American researchers might not be far behind. Last week, after more than 5 years of research into the matter and an initial pilot trial, the United Kingdom approved the widespread release of one of the plant’s natural enemies. While there are dozens of biological controls already in use against insect pests, this is the fi rst offi cially sanctioned release of one against a weed in the European Union. “This is an extremely important step. … If this is successful, it will really open the doors and open the minds of people for this control method in Europe,” says weed biocontrol specialist Hariet Hinz of CABI Europe in Delemont, Switzerland, a nonprofi t agricultural research organization.