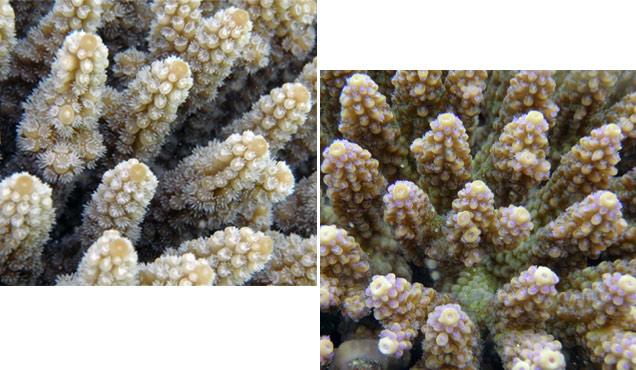 The romance of a full moon sometimes gets the better of Acropora palmata. The 2-millimeter-tall polyp, which forms vast coral reefs in the Caribbean Sea, holes up in its marine fortress and waits for the moon to shift from its usual blue hue to a redder glow. Then it waits a bit more. If this red glow is followed by several days during which no moonlight is visible—an event that occurs only in the days following a full moon—these marine creatures know it’s time for some serious synchronized sex. They release millions of eggs and sperm within a period of 20 minutes, ensuring that some young will survive parrotfish and other predators, researchers report this week in The Journal of Experimental Biology. That may explain why pilots often see red, 10-kilometer-long slicks of coral gametes a couple of days after a full moon.